The Amazon River basin is popular for the human ripping piranhas as portrayed in Hollywood Movies. The high diversity of fish in the area is amazing with some experts estimating the area to hold around 5000 species of fish. The fact that natives swim in the river made me fidget and a motherly voice whispered in my ear telling me to stay safe as our boat pulled away in the Rio Negro tributary. The trip to the Amazon River Basin in Brazil was specifically to see the Piranhas. Besides, I wanted to fish and identify the various fish species in the locality. 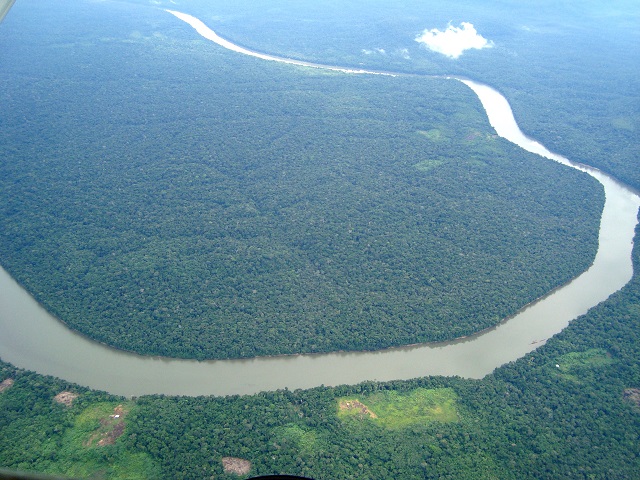 As I dreaded courage to step into the waters, I hoped that my fate would not end up like portrayed in many Hollywood movies. We journeyed upriver on the Rio Negro tributary. The river currents were calm. As we made jokes with the tour captain and two other guys with me on the boat, the fish started flying. The captain was quick to note this and he shouted, “Piranha”. The driver was explaining something about the Brazilian piranha. Their teeth are serrated and they interlock to dice and slice the flesh from the bone. Their powerful jaws make them more lethal. However, most of the piranha species are herbivores save for the black and the red piranhas that we were battling.

As the natives explained later, there are rare cases of human attacks by piranhas and that they mostly feed on animals. Like sharks, they can detect the smell of blood miles away. If you have a wound, better go watch a movie than join a fishing expedition in the Amazon basin in Brazil. As I dipped my pole and hooked line into the water, my pulse rate upped. We used fresh meat as bait. As I tossed the fish into the boat for a closer look, I could see the ugly face of the fish with the red belly. That face that is only lovable by a mother. The fish was fierce and looked like a paid killer. The captain tossed a piece of flesh to it and in nanosecond, the piranha’s jaws snapped shearing through the flesh with the razor like teeth.

Amazon basin is one of the greatest fishing spots in the world. Not only for the wide variety of fish species but also for the cool Amazon Basin climate. Meet the piracucu, the tambaqui, the electric eel and other famous fish species.

Later that night I went for a Brazilian dance. A great way to forget the piranha.