I was lying on the deck squinting through my sunglasses feeling a bit restless and dare I say it bored when I decided it was time to tackle another one of my little fishing trips.
The problem was in my ultimate wisdom over a beer with my other 40 something fishing friends I had declared that the next adventure on my bucket list of fishing trips was to go to the Congo River Basin and catch a Goliath Tigerfish. 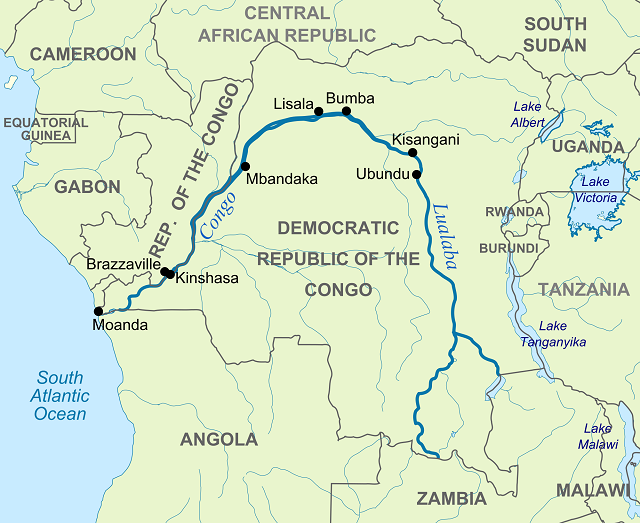 I wanted to bring back a fisherman’s tale a story that would become a legend among fishermen!

The Goliath is smart and he loves rapid running water when it feeds on fish that are not as fast and struggle with the current. Its pattern is to circle its prey and then strike with there teeth which clamp down with a clean cut.
Although it is a native of the Congo River Basin it is also found in the Lualaba River in Lake Upemba and Africas Lake Tanganyika.

Those attributes, combined with its muscular physique, make the Goliath a state-of-the-art mayhem machine.

The biggest Goliath Tigerfish catch on record weighed 154 pounds, equivalent to a small muscular man and was almost 5 ft long.

Catching a Goliath was not going to be easy my guide a native fisherman said he knew the best place to catch one so we headed of before dawn to a ridge of rapid water.

Now here, I must mention if I was to carry my legendary story home I had to rely on photographic evidence as in the Congo River Basin a Goliath Tigerfish has a protected status.
This is because it takes between 5 and 14 years for a Goliath to double in size and the Goliath has an unfortunate habit of putting more energy into killing its prey than actually breeding.
I went prepared with my heavy duty fishing gear and buckets full of live bait, bottles of water and plenty of food to keep my strength up during my long vigil.
I was ready to take on the beast, but I knew it was going to be tough this fish escapes by violently thrashing its head and has tremendous speed and power and to catch it you need luck patience and a really sharp hook that needs to have attached itself deep enough to hold when the fish is fighting you to the death.
My locaI guide silently poked me awake from my slumber just as my line started to whirl I was in danger of being pulled overboard as I gasped the rod and done my best follow his instructions to lower the rod to reduce the tug.

I was in battle as I started vigorously reeling in the fish I knew one slip and he was gone. and catching this fish was vital to my story. Success was in hand as I fought it came closer I shouted at the guide to start clicking with the camera and record every step of my battle with the Goliath.

It was epic just as I got him to the side of the boat he slipped my hook and was gone was it enough to give me a legendary story?