Last weekend I took my son and daughter fishing at the lake near our house. Loaded up the rods, chairs and snacks and drove twenty minutes out of suburbia to fresh air and some quiet family time. Only when we got there, I realized we didn’t bring any bait. That wouldn’t have been a problem if we had been “noodling” for catfish in the Southern US, because the bait is your own hand!

Legal in eleven states mostly in the deep South, noodling is fishing for catfish by sticking your hand in a hole and waiting for the fish to bite it. Usually noodlers are looking to catch flathead catfish. This works out because flatheads live in holes in the mud of sand at the bottom of rivers, and when something comes in–chomp! Their teeth are not big or sharp enough to injure you, it’s more like over-enthusiastic sandpaper on the roof and floor of their mouth.

Noodling has a long history, starting with the Native Americans and later by folks in the Southern states–though it’s done even up through Wisconsin. It is normally done in pairs or groups, and like going out with my kids, is an important tradition for families. Since it isn’t legal where I live, a trip down to the nearest legal state (North Carolina in my case) is a great low cost vacation. My kids aren’t big enough (flathead catfish can get up to four feet long and over 100 pounds–that’s twice my son!) to fish, but there are crayfish in the same rivers that make for much easier catching if you want to go with your family.

The noodling season starts in May and runs through late August, depending on the state. Noodling happens during the breeding season, when the water reaches around 70 degrees and females lay their eggs. The males stick around to guard the nest holes from predators–and your hand.

It can be a little dangerous–the holes can be relatively deep underwater, and catfish aren’t the only things that live at the bottom of the river. Some of the same holes can house snapping turtles, which aren’t nearly as fun to be bitten by. Noodling is always done with a partner or buddies because of the risks. Maybe substitute noodling the next time your work friends want to have a barbecue! 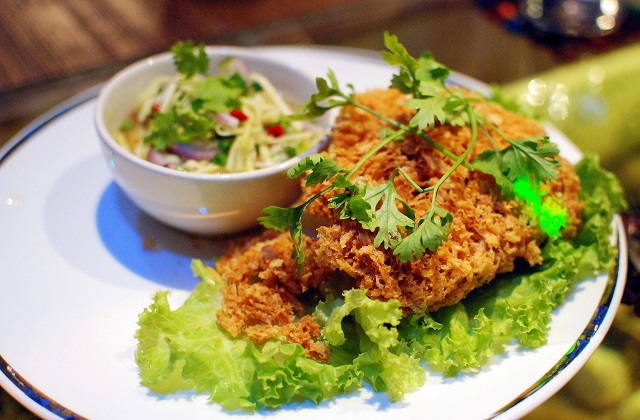 There are noodling guides and pre-arranged trips in all states where noodling is legal, (though you may want to stay in the states without gators!) and some regular fishing guides may take you noodling for an extra fee.