While most anglers return the fish they catch to the water, some take it home to eat. While this is fun, people need to remember that fish “goes off” much faster than red meat and poultry, so the caught fish must be chilled or preserved as soon as possible. In the absence of food factory equipment like a chain conveyor and massive walk-in freezers, you’ll have to improvise!

If it’s not going back, you have two choices

One thing you shouldn’t do is to leave the fish to die on the deck or on the bank, as a thrashing fish will end up badly bruised and stressed before it dies, which is bad for the taste and texture of the meat. You either have to keep them alive and comfortable, or kill them quickly.

There are buckets with integral aerators which let the catch move around a bit while you finish your day’s fishing. If it’s a long trip you’re on, an aerated bucket is the best idea, but if you’re just out for a day, using shaved ice in a picnic cooler is ideal. The fish are still alive, but when placed on the ice, they go into a sort of coma. This works best with smaller fish as the cold permeates their bodies more thoroughly (yes, for the physicists, this isn’t how thermodynamics works, but go with it…).

If you’re just out on a quick trip – say a couple of hours – then dispatching the fish as soon as it’s off the hook is the best (and kindest) way to deal with it. Unless it’s really hot and you have a long drive home, you should be ok – just make sure it goes in the fridge or freezer as soon as possible 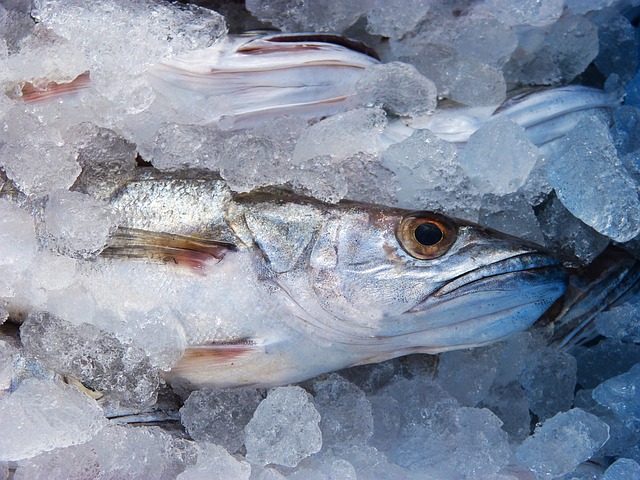 So you’ve bagged (or hooked) some small or thinner-bodied fish and you want to place them in a picnic cooler filled with crushed ice, so they “go to sleep”… They should be placed upright (as though swimming) and completely covered in ice. If you’re storing several fish in the cooler, space them out as much as you can and drain off meltwater regularly, replacing it with new ice. A rough guide is to use twice as much weight in ice as there is in fish.

If you’ve decided to kill the fish, then do it humanely and dress it immediately. Gut the fish, clear out the abdominal cavity and fill it with ice, remove the gills (and possibly the entire head) then place it in the crushed ice.

You’re done for the day and you’re starting to think about how good these fish are going to look in a pan! One good tip is to drain off any meltwater just before you set off so that the fish stay drier and less prone to bacterial activity on the skin.

Remember, though, if you are suspicious about a fish you’ve caught, err on the side of caution and order a pizza instead!