The usual sound of my alarm clock woke me up at half past two in the morning. I don’t usually get up so early in the winter, but these are the hottest months here in New Zealand, so I had to rise before the sun. For a brief moment I was still confused to where I was, having arrived only yesterday and feeling quite weary from the long journey.

But I had this trip in a view for a while now and wouldn’t let a bit of tiredness, spoil my first day in Piopio. I had a recommendations for fishing on the Mangaotaki River. 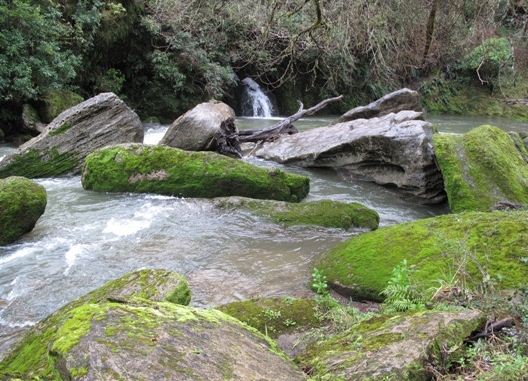 A friend who had been there before told me about this region. It has plenty of water sources, from tiny creeks coming to life in the spring, to large lakes and rivers. This is a great area for fresh water fishing, with a huge bonus: all the lakes and many of the rivers remain open also during the winter.

My equipment was all set and ready to go out the door since yesterday. I made a thermos of hot coffee, packed up some food and placed it all onto the back seat of the rental car.

The map lay spread open on the passenger seat, but I still set up the navigator, it’s always good to have a backup.

I left the center of Piopio and headed south well before light. The views accompanying Mangaotaki road were astonishingly dramatic: breathtaking greenery and giant rocks. I love the early morning hours, when eager hikers aren’t pacing the mountains yet, and only sounds to be heard are those of birds’ chirping and waterfalls.

Air stood still as I stopped the car and went out to take in the beauty of it all. Waitanguru falls were pulsing heavily right in front of me. The sky had already changed its color as the first sun rays broke through. I left the Subaru right there, not worrying for it in the slightest: I had bought full insurance from Apex Car Hire, they had offered me a great deal. Took all the bits and bobs and descended towards the water to look for a nice spot. As I reached the bottom I discovered that I wasn’t there alone after all. Somebody beat me to it and his bucket was already alive with a few trout. 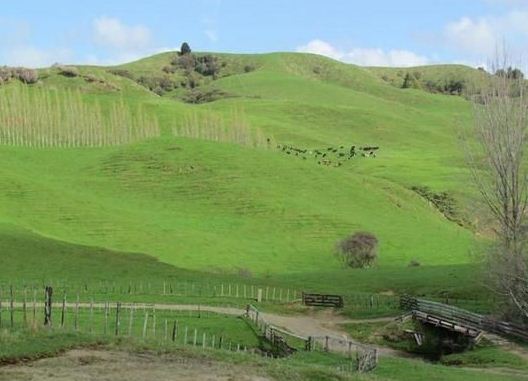 I won’t bother you with details on how the fly fishing went; will only say that I released back into the water all but two of the rainbow and brown trout, leaving one of each. When I was done, it was still pretty early. The sun, however, was already hitting heavily, so, I hid in the shade of a big rock and had a healthy breakfast: grilled trout, grilled onions, bread, fresh tomatoes and black coffee from a thermos.

Driving back I took the scenic route through the Pungarehu road. That’s a very narrow path, winding and unprotected, which has to be driven on slowly and carefully; I took my time, keeping it nice and slow and enjoying the relaxing scenery. Hikers came my way from time to time. As I came to the end of the road I took a right and was overwhelmed by the stunning, magnificent views along the Mairoa road, all the way back to Piopio, my new temporary home.